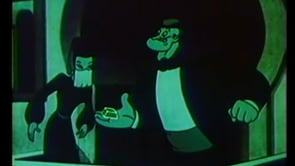 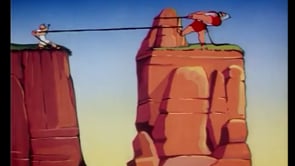 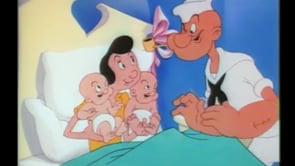 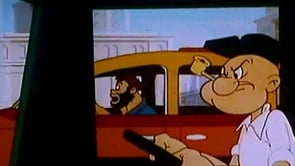 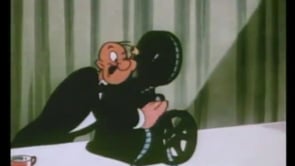 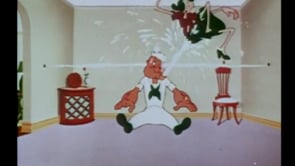 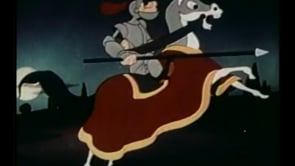 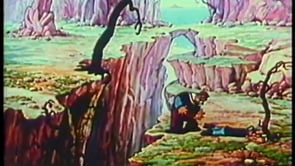 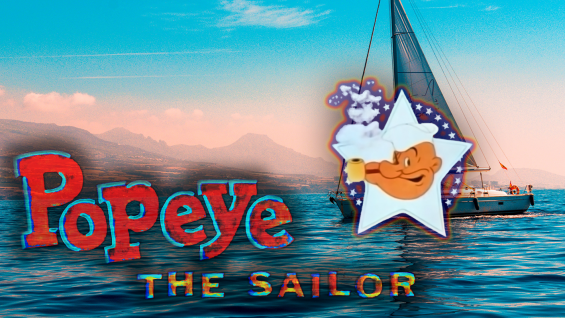 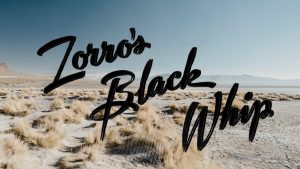 “Semi-remake of the Fleischer short Plumbin is a ‘Pipe’. Directed by Isadore Sparber. Original air date: January 01, 1954. While cooking, Olive Oyl is driven crazy by her sink dripping, and plugging it only causes a gush of water to come out. Outside, Popeye and Bluto fight over who gets to visit Olive and they enter together, only to see her overwhelmed by her water problem. After throwing Popeye out, Bluto’s attempt at fixing it fails, then Popeye returns and is more succesful. Bluto seemingly concedes defeat and leaves, only to hide in Olive’s basement.

There, he sabotages the pipes so that water starts gushing from her piano, wall pictures and even her rug. Popeye finally catches Bluto, only to be knocked unconscious into a radiator, already underwater.

Meanwhile, a “”boat”” chase takes place between Bluto and Olive in her inundated first floor. Two goldfish are able to leave their bowl thanks to the flood and feed Popeye his spinach. He comes to, turns into a torpedo, punches Bluto out cold, and lets him go down the drain out the street unconscious. As Popeye and Olive sing in celebration, he is unable to properly finish his song, his pipe being full of water.”