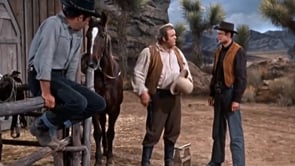 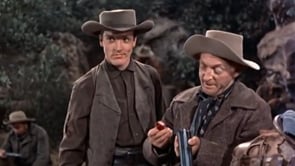 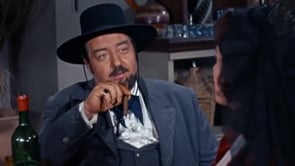 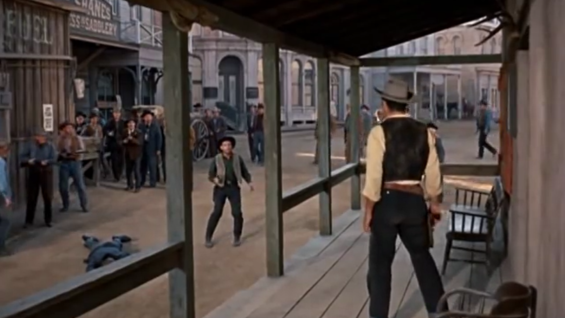 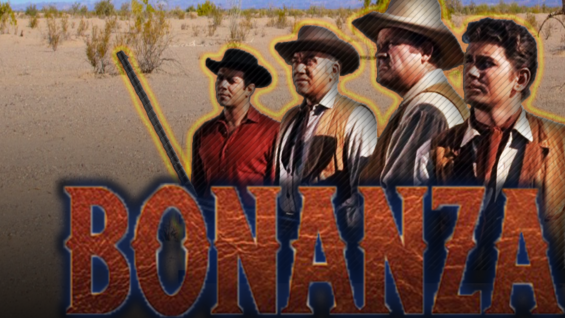 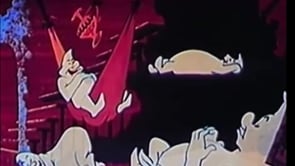 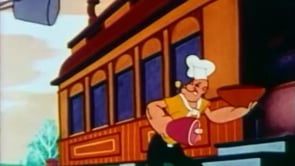 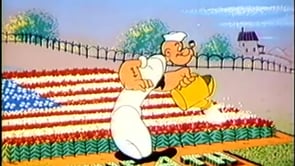 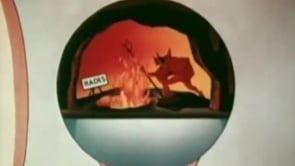 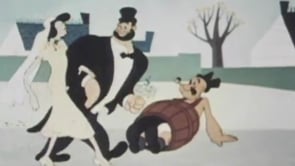 Some of the ghosts from Casper the Friendly Ghost appear in this cartoon. Semi-remake of Shiver Me Timbers! Final theatrical film appearances of Popeye and Olive Oyl. Directed by Isadore Sparber. Original air date: August 09, 1957. The story involves Popeye and Olive on a life raft playing checkers. They see a ship adrift, thinking they are rescued. But the ship is haunted, deserted, and has a crew of ghosts with English accents (voiced by Mercer) who do not like the idea of returning to civilization, so they wreak havoc on Popeye and Olive. While Popeye is hiding in the ship’s galley to avoid a mob of sword-wielding ghosts, he sees a jar of “ye king’s spinach”. When Popeye consumes the spinach, he becomes invisible, allowing him to punch the ghosts flat and Olive to sew them together to create a new sail. Popeye and Olive then sail off in the sunset as the cartoon ends.